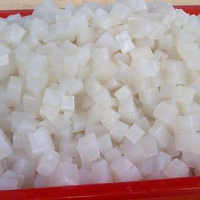 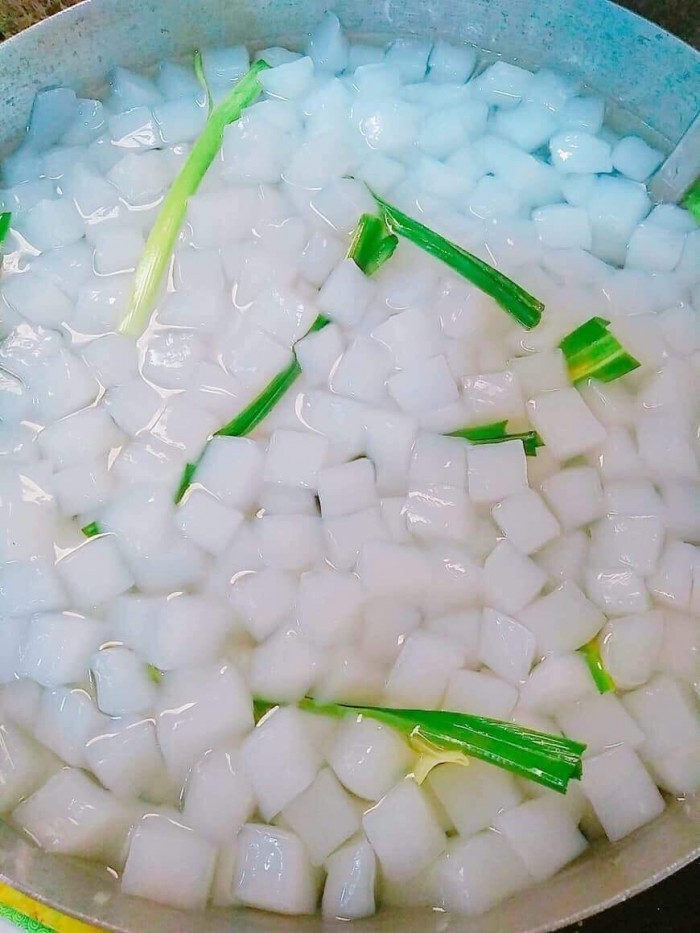 Nata de coco is a chewy, translucent, jelly-like food produced by the fermentation of coconut water, which gels through the production of microbial cellulose by Acetobacter xylinum. Originating in the Philippines, nata de coco is most commonly sweetened as a candy or dessert, and can accompany a variety of foods, including pickles, drinks, ice cream, puddings, and fruit cocktails. 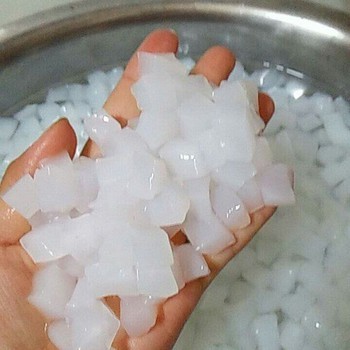 Nata de coco is mainly made from coconut water, so it has a modest nutritional profile. One cup of nata de coco (118 grams) contains 109 calories, 1 gram of protein and 7 grams of carbohydrates. It is often characterized as healthful since it contains dietary fiber to aid digtion while carrying fewer calories compared to other desserts, gram for gram.
Detailed Images