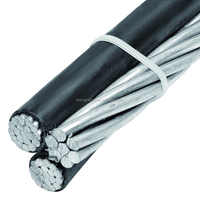 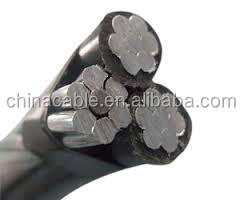 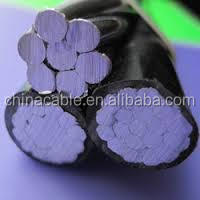 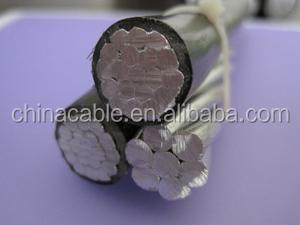 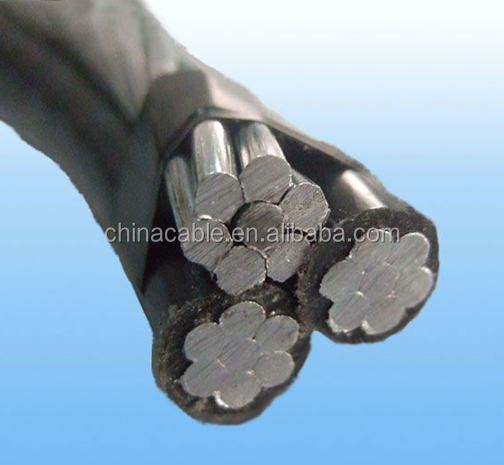 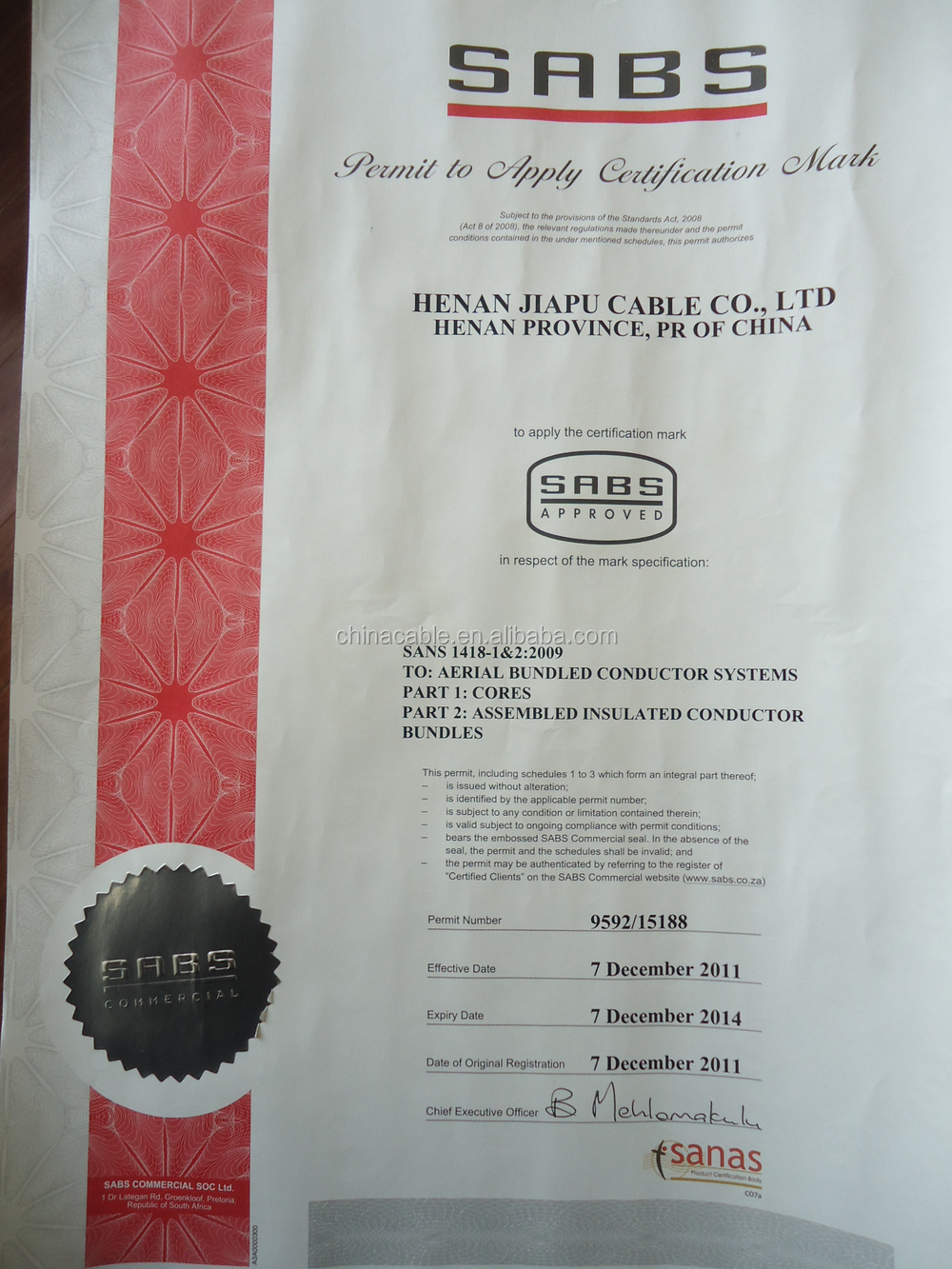 This product is produced in accordance with standard of GB/T12527-2008  that  is  made  by  referring  and adapting the standards of IEC502 and IEC227. and it is suitable for aerial insulated cable with A.C. rated voltage 0.6/1 kV or less.

This product is produced in accordance with standard of GB/T14049-2008. The products, Cu core or Al core, XLPE or HDPE aerial insulated electric power cables, may be used the fields where the A.C. Rated voltage U(Um) is 10(12)KV, 35(42)KV individually.

The product is a new type of aerial cable for power transmitting. It is extensively used in overhead power transmission line. It improves the safety and reliance of electrified wire netting.

What is service drop cable?

In electric power distribution, a service drop is an overhead electrical line running from a utility pole, to a customer's building or other premises. It is the point where electric utilities provide power to their customers.The customer connection to an underground distribution system is usually called a "service lateral". Conductors of a service drop or lateral are owned and maintained by the utility company.

At the customer's premises, the wires usually enter the building through a weatherhead that protects against entry of rain and snow, and drop down though conduit to an electric meter which measures and records the power used for billing purposes, then enters the main service panel. The utility's portion of the system ends, and the customer's wiring begins, at the output socket of the electric meter. The service panel will contain a "main" fuse or circuit breaker, which controls all of the electrical current entering the building at once, and a number of smaller fuses/breakers, which protect individual branch circuits. There is always a main shutoff switch to turn off all power; when circuit breakers are used this is provided by the main circuit breaker.

In North America and countries that use their system, the 120/240V split phase system is used. A pole-mounted distribution transformer usually provides power for one or two residences. The service drop is made up of two 120 volt lines and a neutral line. When these lines are insulated and twisted together, they are referred to as a triplex cable which may contain a supporting messenger cable in the middle of the neutral conductor to provide strength for long spans. The neutral line from the pole is connected to an earth ground near the service panel; often a conductive rod driven into the earth. The service drop provides the building with two 120 volt lines of opposite phase, so 240 volts can be obtained by connecting a load between the two 120 volt conductors, while 120 volt loads are connected between either of the two 120 volt lines and the neutral line. 240 volt circuits are used for high-power devices, such as air conditioners, clothes dryers, ovens and boilers, while 120 volt circuits are used for lighter loads such as lighting and ordinary small appliance outlets.

In European countries and countries that use their system, three phase service drops are used for residences. Using three phase power allows longer service drops to serve multiple residences, which is more economical with the higher density of housing in Europe. Several slightly different voltage standards have been used: 220Y380, 230Y400 and 240Y415, with plans for future "harmonization" towards 230Y400. The service drop consists of three phase wires and a neutral wire which is grounded. Each phase wire provides around 230 volts to loads connected between it and the neutral. Each of the phase wires carries 50 Hz alternating current which is 120° out of phase with the other two.

Service conductors for a customer may be run underground, from a padmount transformer to a customer's meter.

What is ABC(Aerial Bundled Cable)

The main objections to the traditional design are that the multiple conductors are considered ugly, and external forces (such as high winds) can cause them to touch and short circuit. The resultant sparks have been a cause of bushfires in drier climates. In the UK where some supplies to rural property are converted to PME/MEN from TT Earthing system concerns have been expressed that the lower conductor alone may be broken, (by high vehicle or falling tree for example) but with the upper phase conductors intact. This is a potentially dangerous fault condition. With ABC, a simultaneous disconnection of all conductors is more likely.

In moister climates, tree growth is a significant problem for overhead power lines. Aerial bundled cables will not arc over if touched by tree branches. Although persistent rubbing is still a problem, tree-trimming costs can be reduced.

Areas with large trees and branches falling on lines are a problem for aerial bundled cables as the line degrades over time. Due to the very large strain forces cracking and breaking insulation can lead to short circuit failures which can then lead to ground fires due to dripping of molten insulation.

Can stand in close proximity to trees and will not generate sparks if touched.

Simpler installation, as crossbars and insulators are not required.

Can be installed in a narrower right-of-way.

At junction poles, insulating bridging wires are needed to connect non insulated wires at either side. ABC can dispense with one of these splices.

Less risk of a neutral-only break from tree or vehicle damage, increasing safety with TNC-s systems.

Electricity theft is made harder, and more obvious to detect.

Additional cost for the cable itself.

Insulation degrades due to sun exposure, though the critical insulation between the wires is somewhat shielded from the sun.

Shorter spans and more poles due to increased weight.

Can lead to much longer repair times for installations in hilly areas due to much higher line weights requiring bigger and more specialized equipment to repair.

Older installations are known to cause fires in areas where falling large trees or branches regularly cause breaks in lines and or in insulation leading to short circuits which can then lead to burning insulation dripping to ground and starting ground fires.

Low voltage aerial bundled conductor (ABC) lines were first installed on the rural Irish distribution networks in 1981. It is not known where ABC was first installed.

Aerial bundled cables (ABC) have been introduced into Australian power systems progressively since 1983.This was partly in response to bushfires sparked by old wires touching.

In some bushfire prone areas though, older Aerial Bundled Cable installations are now creating fires, particularly at points where the cables have damaged or been degraded over time.

In the Dandenong Ranges area Victoria 2014. High Voltage (11KV - 22KV) Aerial Bundled Cable is being replaced with underground cable due to high failure rates of HV ABC, with life expectancy of just 10 years, when original life was expected to be approx 30 years. Due to degraded cable, cost of repairs & maintenance and bushfire risk.

K-Electric first introduced Aerial Bundled Cabling, in Gulshan-e-Iqbal area of Karachi city with 2 pilot projects. Following 90% theft loss reduction, the decision to roll out the new cabling across the entire K-Electric network of Karachi was taken on 29 January 2014. 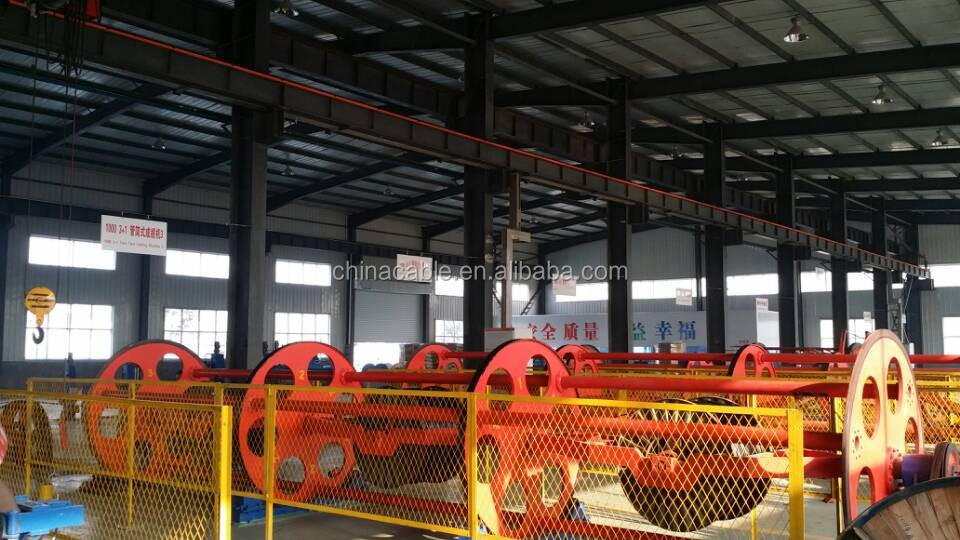 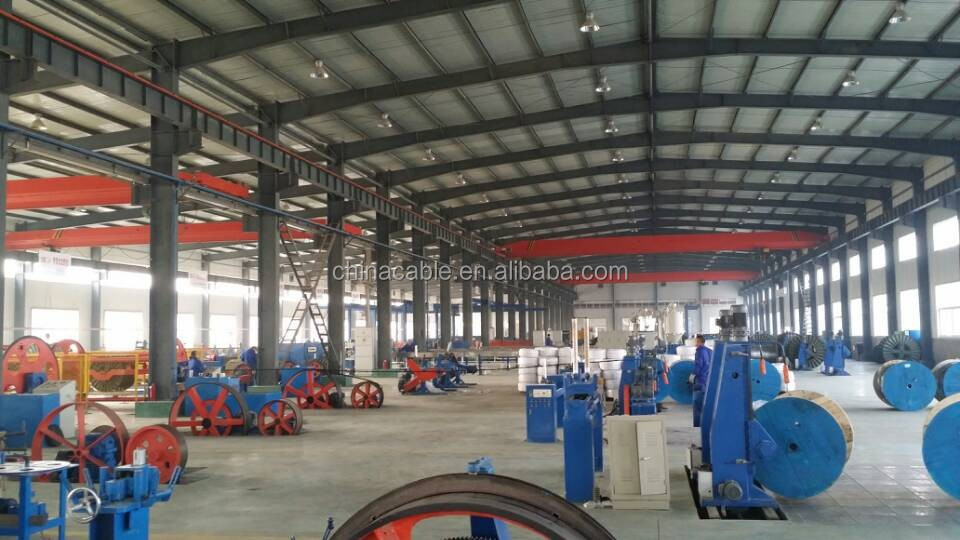 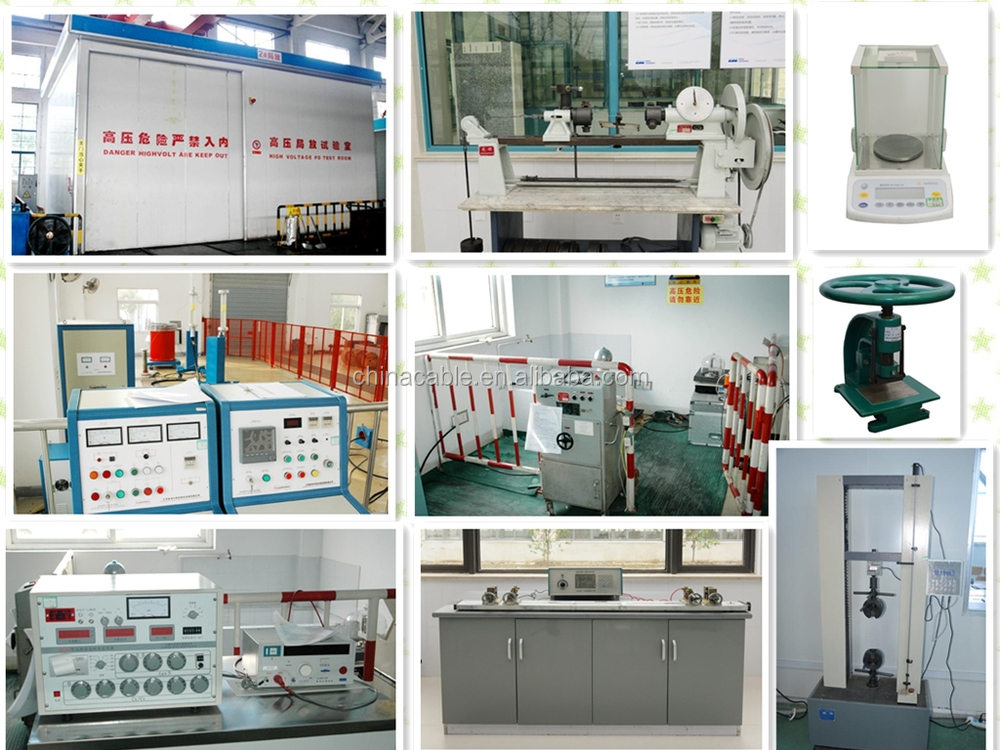